Swimming in Aurajoki in February – FREEZING 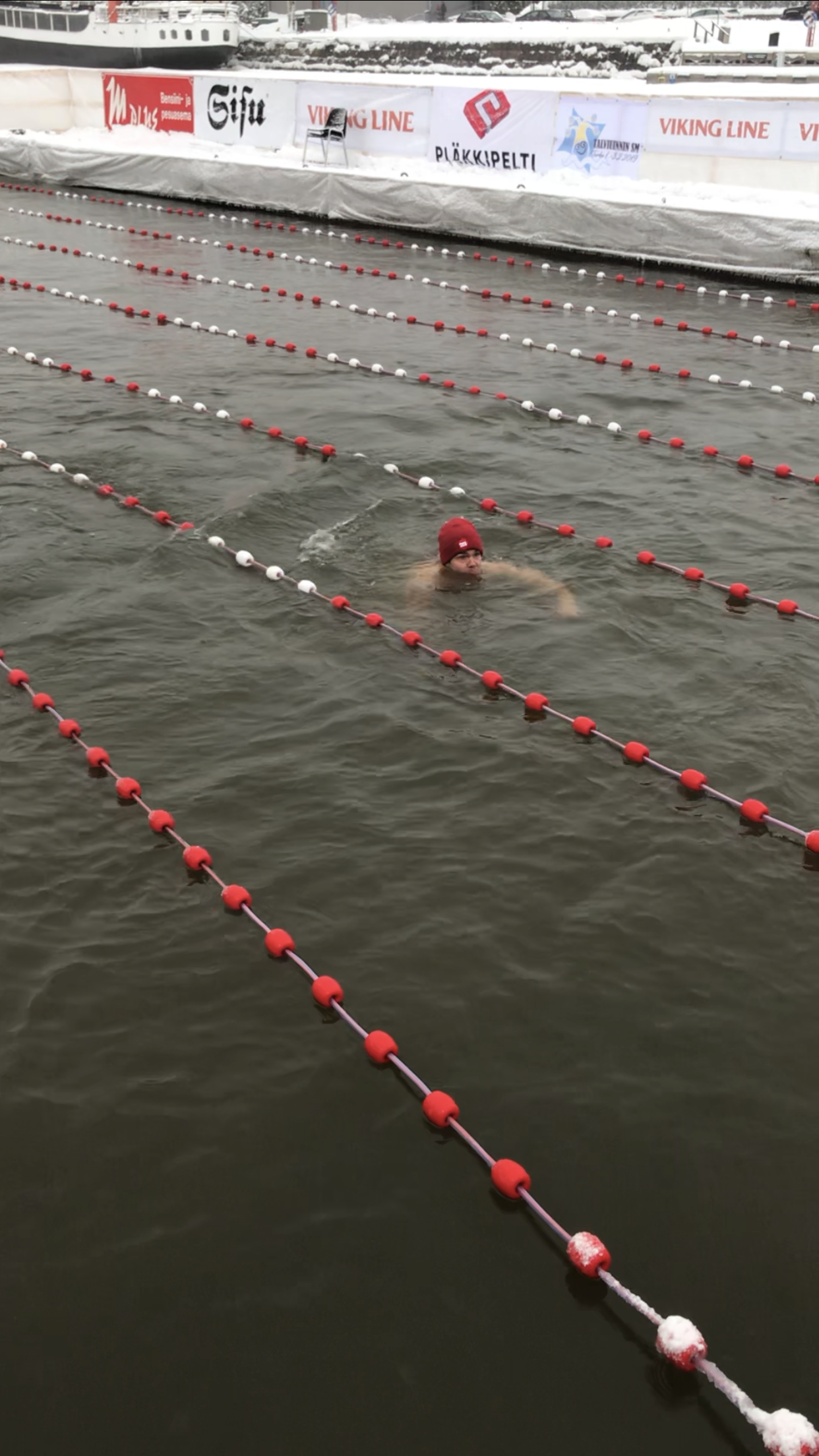 In last four days I’ve been swimming trice in Aurajoki. Yes, I know it’s February now in Turku, Finland. Aurajoki was freezing. Why did I swim in it? 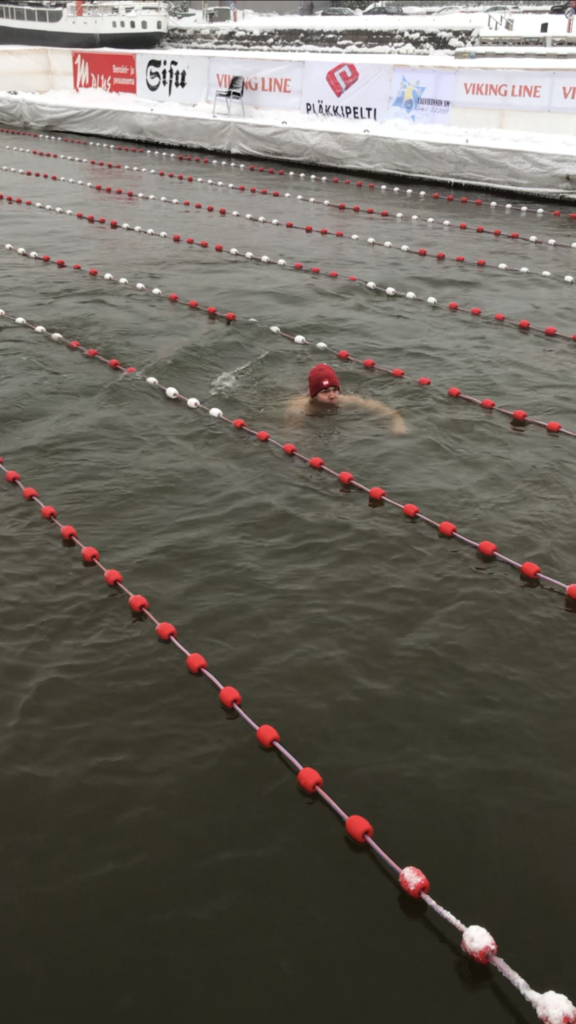 Aurajoki is a bit chilly right about now!

I’ve lived in Turku all my life, but I’ve never swam in Aurajoki before Thursday night. It is usually forbidden, but it was permitted now for four days during the national championships of winter swimming. Even though everyone is joking about how dirty and brown the water of the river is, it’s actually quite clean. I wouldn’t drink it I mean and there may be numerous bicycles in the river again (even though it was cleaned in last August…), but it’s definitely swimmable. So I went for it! This made me to start investigating the benefits of cold water for a human.

I’ve tried Cryo therapy numerously. In a super cold series of three rooms (-20°C, -60°C and -120°C) already years ago, and then in a kind of tube just for your body in last November. I got some major benefits from each of those experiences, so I wanted to try this out as well. There was problem though, I hate cold water. It’s so unpleasant! A week ago I remembered hearing about this Wim Hof named guy, he’s also known as the Iceman. He’s noted for his ability to withstand extreme cold, which he attributes to his Wim Hof Method (WHM) breathing techniques. Swimming in an icy Aurajoki would call for some of these Iceman skills, so I decided to give them a try. I’ve taken some cold showers every morning during a week and done the basic breathing exercises. Last Thursday night it was the go time, to the icy river! I’m not going to lie to you, it was freezing, but I went for it on Friday night as well, and again today. Here’s a video from Thursday:

I did it for two reasond: Firstly, because it’s all just about your willpower and once it’s done you’re supposed to feel really good. I didn’t feel that good for the first two times, but today I felt great! I swam secondly, because I was hoping for pretty much the same effects I’ve gotten from the cryo treatment already, the cold gets your blood flowing in your whole body and your brain’s hormone excretion started. 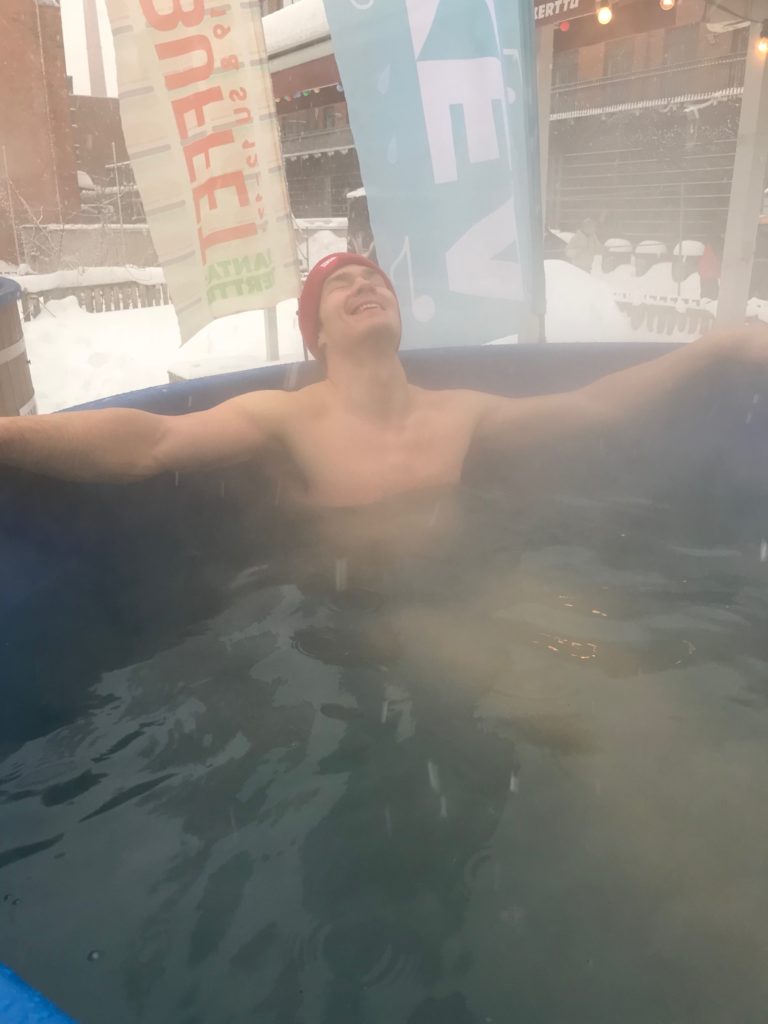 I don’t know honestly if I’ll get any major benefits for exposing myself to cold, but if there are no disadvantages in it either, so I’m going to try it out! If I this keep on feeling this great, there must be many benefits in what I’m doing. I’m going to keep on doing it and we’ll see what happens next! 😉