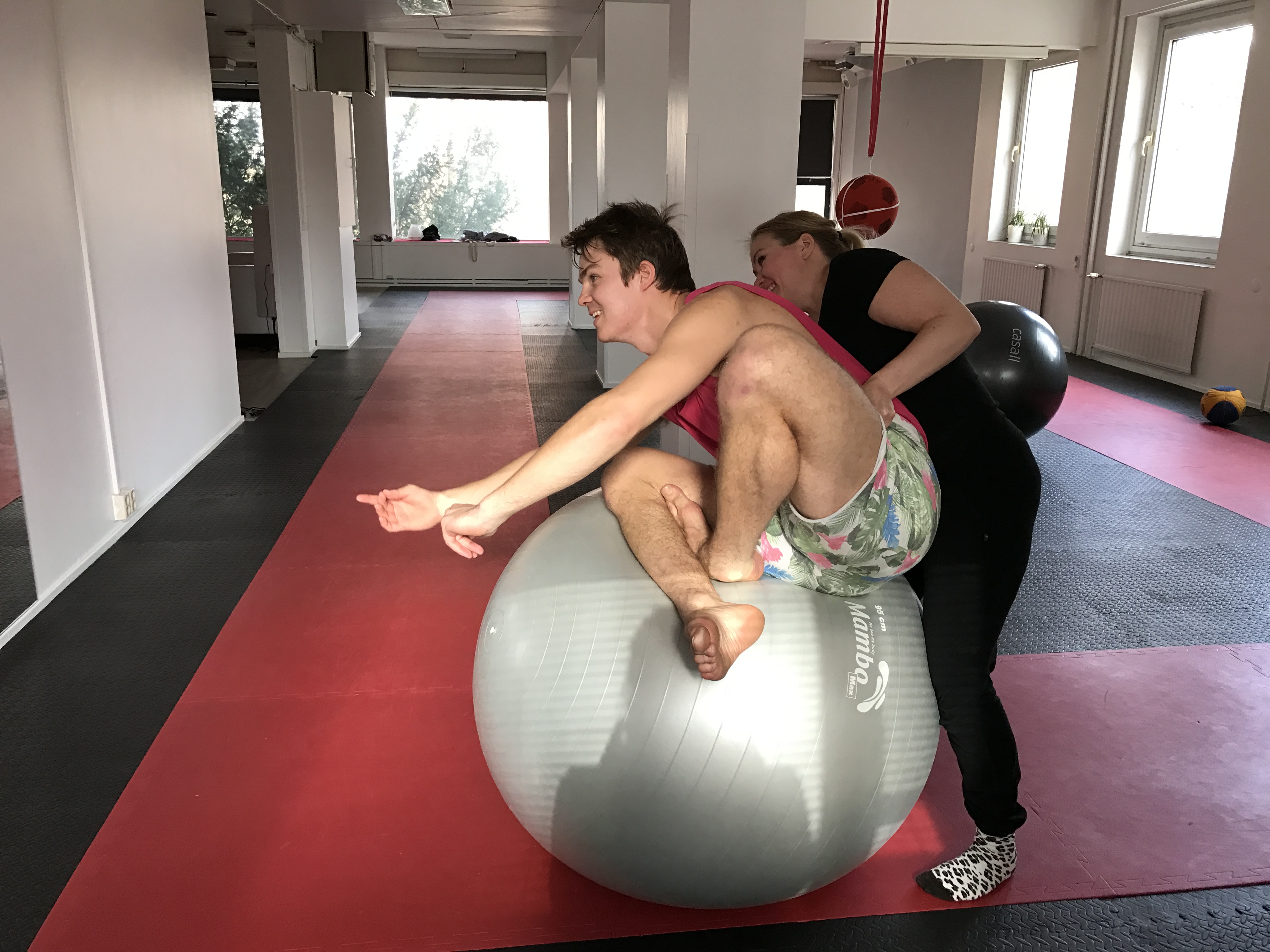 I just thought about the times we’ve shared together. It all started on the spring 2011 in pekkahyysalo.blogspot.fi. In the following five years I moved here via pekkahyysalo.com, fight-back.eu and teamfightback.com. I’ve written mostly in English, since the beginning, because I wanted my friends all over the World to understand. But then so many Finnish people learnt about my story and I even wrote a Finnish book, that I decided to blog in Finnish for a while! Now I’m writing in English mostly, just because at the moment I’m rehabilitating myself in a daily basis and only speaking Finnish with everyone. This is my way of trying to stay bilingual. And I’m hoping someone still reads this internationally, too.

In the rehab side of things, things are going really well! I haven’t been this stoked in ages!

At the moment I’m having both really boring and mentally a rough exercise set, but I can feel the progression almost daily! I have only three different movements now, which I do five days a week, trice a day. One session takes like 45 minutes and I need someone’s help holding and moving me on a ball. My girlfriend’s joints are really easily irritable, so I don’t want her to get hurt in helping me, but still, she helped me like 12 times last week. My balance has improved already very well, in two weeks! I’m feeling so good about that. Thank you GF! <3 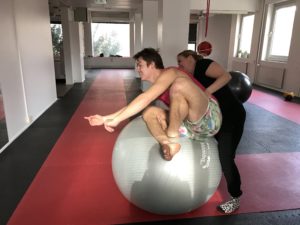 This was last week, when my girlfriends mother was helping me. I have already improved so much from this!

I have also changed my eating pattern and nutrition quite a bit now. This is just a test, which both feels awesome right now, and is something I’ll tell you more about later if this turns out as awesome, as I’m feeling now! A thing which I have increased now, is eating nutritionally very rich raw food. When I met my friend Ville at the best raw food restaurant where I’ve been in, Pure, I surprisingly met also another friend of mine, Makwan there. He had his dog with him, and we came friends, as well! 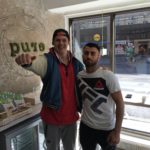 Makwan is an athlete and he also decided to eat Pure nutrition. 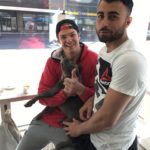 Makwan also brought Kingi with him! Kingi is a dog, and surely one of the finest!