Time to take it easy! 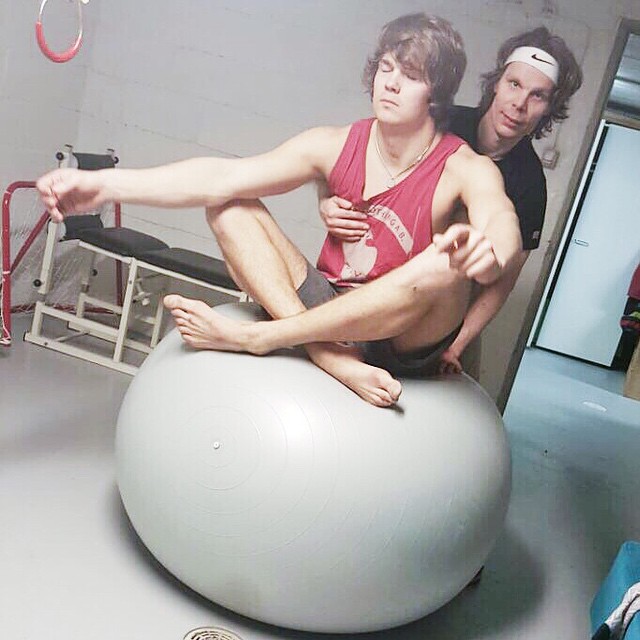 I’ve been both working and exercising a lot. Lately, I’ve been mainly sitting on a quite giant gym ball for half an hour, trying to balance on it while going extremely to the edge. I can not do the exercise independently, and I’m really grateful for my girlfriend and brothers, who have been helped me doing it. I have progressed a lot!

I was doing it in Rovaniemi, with my buddy Jani’s help in his storage room. I’ve come a long way!

Now I can balance independently on the ball for seconds. It feels surreal to be able to do that!

Apparently exercising three times a day, squeezes all the energy out of me, though. In my opinion the exercises are not physically as rough, as the ones I’ve done during practicing VASA Concept, but the concentrating 100% takes care of the squeezing-part.

About a year ago, I was pretty much in the same kind of situation, exercising every day, until my knees and joints couldn’t take it no more. I had to visit doctor and eat meds for my infected knees, which caused an allergic reaction… I had to take a month off. Now I’m going to rest and take it easy, before it’s too late!