I Can’t Even Fill the Shoes of My Own! 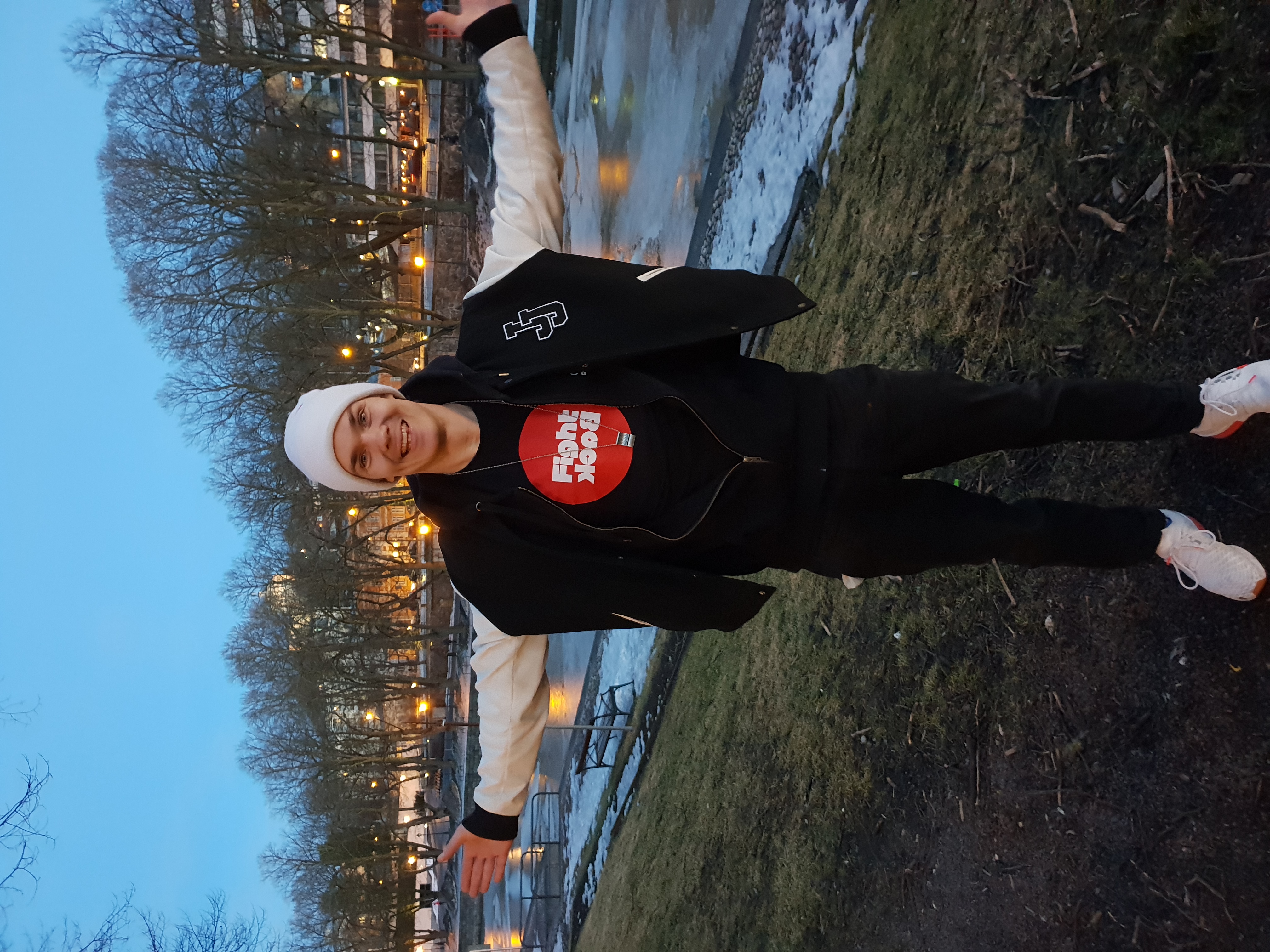 My life rocks. I have had numerous challenges during the past almost nine years. This crazy thing called life is still offering me some quite burdensome obstacles, but I know it’s worth just doing it!

Last night I slept quite insteadily and did not feel myself well rested at all as I woke up. I did it anyways and left to Espoo straight away, after the daily breathing exercises, stretches and the cold shower. I went to Espoo, because I had a school gig in Gymnasiet Grankulla samskola, the Swedish highschool in Kauniainen. The presentation went pretty ok, even in the opinion of my own. 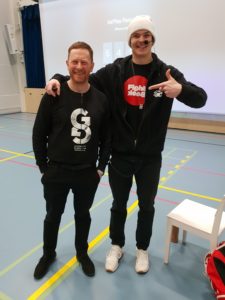 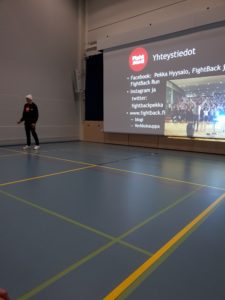 Me finishing doing my thing!

It was already the ninth presentation I’ve had for students this year and I really like to speak to youngsters! I’ve been basically speaking to all age groups this year already, and after every presentation I’m sure that, I’ve just found my new favorite audience. A fair share of the students came to talk to me individually afterwards, but I also love to get some questions out of the way publicly! This didn’t happen today, but in this the youngest audience members are definitely my favorite ones. Children are so straight forward and honest! 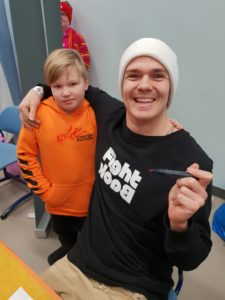 This young gentleman swore his mom would be okay with me scribbling his shirt! 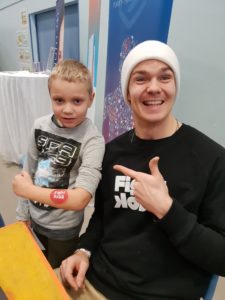 This young master came to show me his new tattoo after that same gig in January! 🙂

I thought I’d do some exercising as soon I’d return home, but instead I’ve been eating, having coffee and doing some email stuff. I know that I need to take some days off, but I didn’t plan to feel this tired now. I came home, wrote this blog and I might just lay in the couch for the rest of the night. I’m not very proud of this, but sometimes you’ve just got to suck! 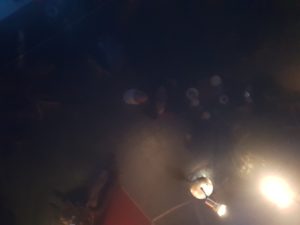 In other news, I’m not sucking all the time! I had the best train ride home (I felt very productive!), visited Scandic hotel and New Balance HQ in Espoo and as a Keynote Speaker, I guess I almost somewhat filled my shoes today. I know that the expectations I have for myself are unrealisticly high, but when I’m really able to fill the shoes of my own, then we are doing great! Even though it hasn’t happened that often, it has occurred at least once or twice… 😉 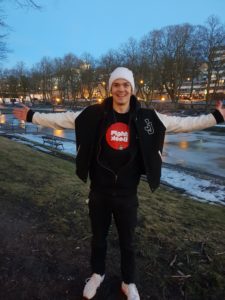 I can be happy, even though I suck… 😉