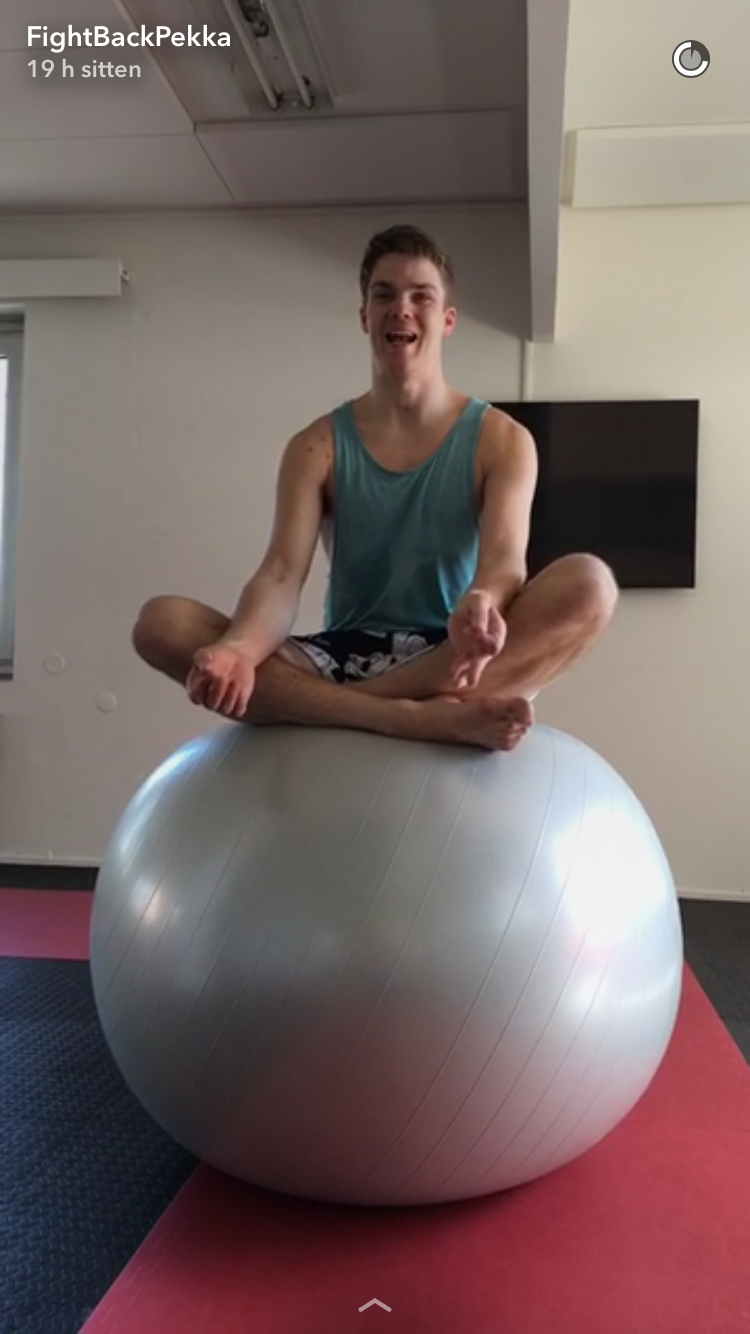 Brain injury, how ever serious it is, is not fun. Rehabilitating yourself back on your feet of it, isn’t fun either, it’s even more ponderous. If you want to get results, or at least if I want to get results, I need to consider everything I decide to do very carefully… But then again, sometimes I want to just go for it! Yesterday was an awesome day, it had everything in it. 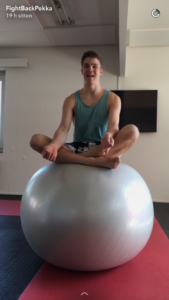 I have learned to do THIS! No, not really… 😉 My brother’s still hiding behind the ball! But someday… Snapchat: Pexih

This week has been really burdensome for me and my girlfriend. It all began last Saturday as she got sick, and as her dutiful boyfriend, I just had to join her on Monday. On Wednesday we drove two hours to Helsinki for a presentation, and that was it for the week, I thought. We had amazing weather on Thursday, as normally in Turku, we were walking around the Town and at least I was feeling 80%.

Then came yesterday! I felt like I could exercise carefully, for the first time in over a week and we went to the FightBack space to try it in the morning. It felt a bit uncomfortable, but I was on FIRE! I could do everything better, than before the break. I asked for my brother to come and help me in the afternoon, and it went even better! Then we decided we want to go to a really funny place, where everything is just for you to have a good time! We went to Tivoli.

We weren’t there for so long time, cause I was a bit tired, but of course, I had to go and jump the Bag Jump. This is something I guess I shouldn’t do, because the free fall may put my brain into a ”shock-mode”, but it’s super fun, though! I may need to work  more, just because of these ”funny” things I’m doing, but I also know that, everything can happen. Anytime, anywhere. Weather you’re living risky, or safe. Just like what happened to me seven years ago, even though it was super risky thing to jump, overshooting the kicker wasn’t my fault. It was the blast of wind, which happened to be just there, just then.

That’s why I do the decisions so carefully now, but still, every once in a while, I decide just to have FUN!