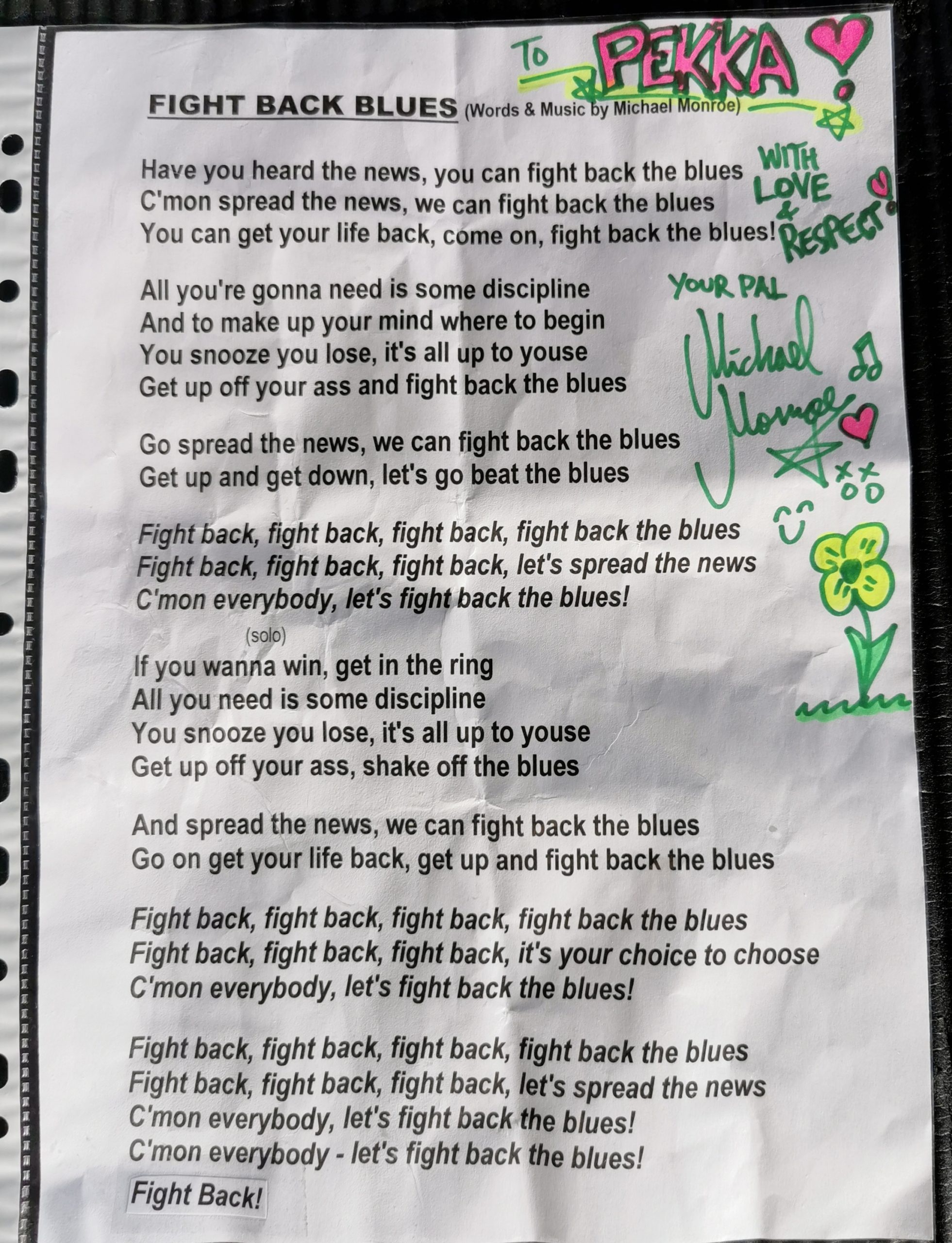 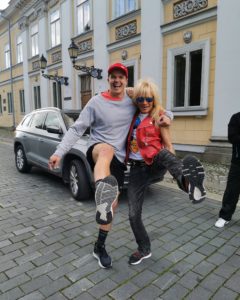 I’m kickin’ it with Michael Monroe!

Some artists have been referring to the FightBack movement, and even to myself, in their lyrics back in the years. I have of course loved it, because I believe in FightBack’s cause 100 percently, and I like music in general. I really love good music!

I have been unbelievably blessed, because I’ve been able to meet so many Finnish music talents. Some of them have also become dear friends of mine. One of those champions, is named Michael Monroe. Michael has pretty much played the music scene trough, but he still keeps on rocking! He’s still playing, because he loves it and you can sense it.

Although that’s a motive, which I love, I don’t love all of his music. I have been growing up listening to the ski movie soundtracks, mostly rap/reggae. I don’t dislike any song just because of its genre, but I like listening especially to the lyrics of a song. That’s why I fell in love with rap and later Hip Hop. The story in the lyrics of a song have always been at least as important, as the melody. I’ve never been too keen on Jazz or Blues, but then… enter Michael!

He wrote, composed and performed a kick ass song called the Fight Back Blues last weekend. It was so good, it got stuck in my ears for days! And it was stuck in a good kinda way, it made me to smile all day long. It’s making me to smile right now!

I don’t have a video of his performance, because the only video I have was shot live on Facebook, but I do have the lyrics! I’m going to share them with you now: 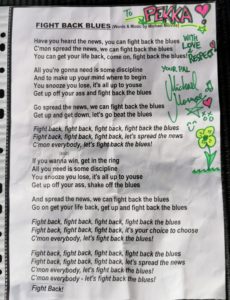 Ps. I have tried to persuade him into recording it in studio! Let’s wait for it… 😛