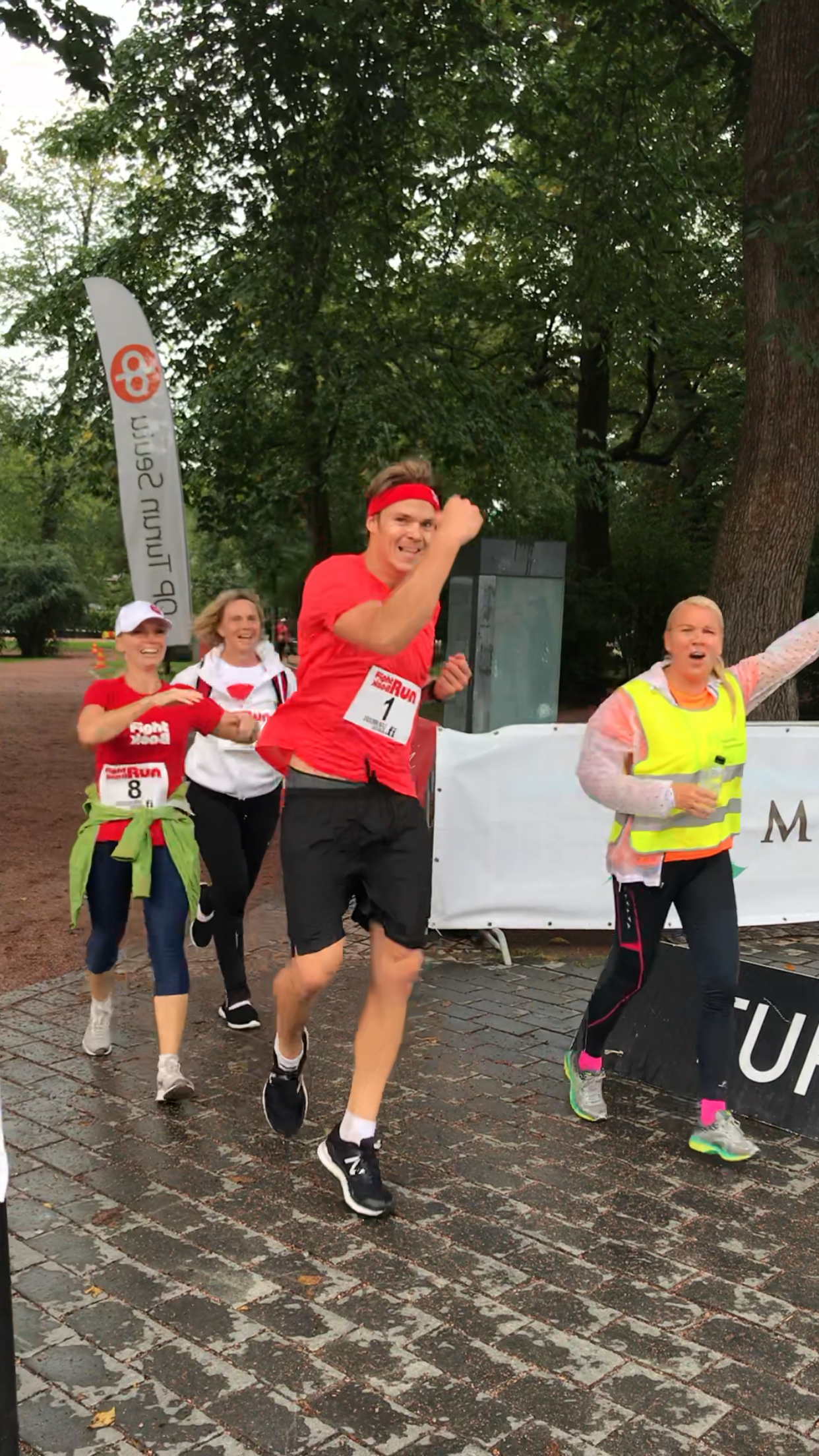 FightBack Run, the running and walking event in Turku, went down last Saturday and I’m exhausted. I am still quite tired, as well, but I’m this also makes me so satisfied to myself! I did it! It makes me happy. So happy actually, that I want to keep on pushing myself to the limits.

I don’t want to blabber to you about ”how unbelievably difficult learning to run, when your body has completely lost its ability to do it, can be…” nor do I want to talk about the countless hours I spent in exercising, in order to be able to try to make it to relearn the abilities. I want to focus in the fact, how unbelievably good pushing myself to the limits make me feel!

I ran all the way through 21,3km route and it drained me out of energy, but it was different. In the first FightBack Run, back in 2014, which was only 2,7km long, I ended up vomiting in and to an ambulance. I couldn’t run or jog decently, so I just forced my body to move forwards  as fast as possible. Back then I thought that running is easy, that everyone can do it. I didn’t want to face the fact, that because of my very severe TBI, I couldn’t. I considered it as a matter of willpower. I just needed to decide to do it and believe in it hard enough, then I could do it, even if I was sick. 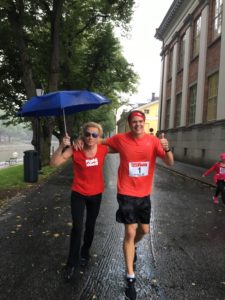 My buddy Michael Monroe ran the first two laps with me and then he disappeared to get the umbrella (it was raining for the first four laps!), and then he appeared from out of nowhere! I was happy to be in this photo, because this is historical. You’ll never see Michael messed up like that! Don’t worry, I have his permission to use the photo. 🙂

Four years passed by and opened up my eyes. I don’t know if I consider myself that smart now, either, but at least I’m not SO stupid! The goal that I set for myself this year was to jog, maybe even walk short distances, to get through the course as well as possible, and I did it!

I jogged the first six laps of 2,7km all the way around, but on the seventh and eight I walked a bit, too. I’m not ashamed of it, since I gave everything I got! What shall happen to my goal of running a marathon?

I will keep on exercising, I will do everything in my power to be able to do it, but now I have to take it easy for a while. I need to regroup myself, because this was all I’ve got for a while! We filmed a proper video of the event, as well, and I’m going to share it with you as soon as it’s ready! Now I’ll show you my crossing the finish line. 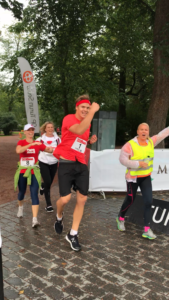 I did it! This was something unreal, but honestly, I felt just exhausted.