A trip of doing my thing

It’s been ages since I wrote a blog last time. I’ve done so many things, that I can’t really even imagine, how where to start this from again… Or actually, it is quite easy! I’m just going to blog from this moment on. My days just seem to be a few hours short!

I’ve been all over this fall, at least I’ve gone all around Finland. Up, down, up and down again, until in the end of November, when I flew really down. Almost halfway down the Earth, to Tenerife, for a little break. An exercising camp in warmer atmosphere, which was really awesome!

Look at that view (minus myself on a stroll with nothing but boxers on…)!

The yard of the Villa we rented was perfect. I’m in this picture, too. 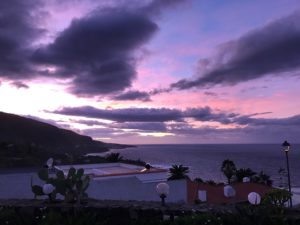 This was the most epic sunset of our trip! 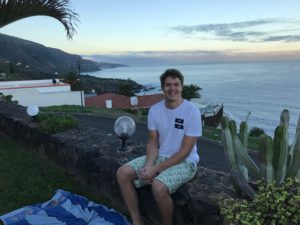 I woke up happily around 8 o’clock every morning.

That is what I was doing the whole trip^! 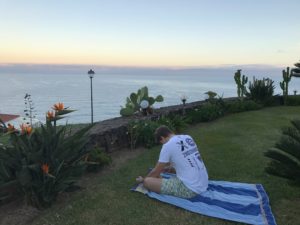 The first things I did in the morning, were the breathing exercises.

In the middle of November I was informed that, I had been chosen the Young Successful Person in Finland (I’m not sure if I translated that correctly). This was AMAZING news! Too bad, that the awarding ceremony was held on 9.12, just when I was exercising in the warm outdoor’ air, in Tenerife. I missed the prize giving ceremony, but my brain thanks me for the all the exercises I did. And I got the award already, too! 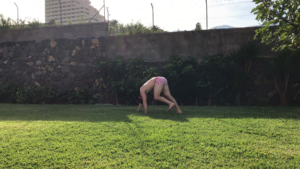 This is one of the movements, why my rehab is going as well, as it is. 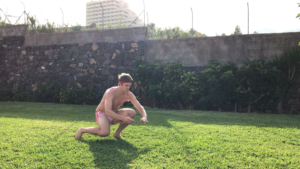 First I have to learn to step like a duck, then I’ll improve my everyday steps.

The exercising outside, in fresh air, was something I really missed. The only bad thing there, was the mattress on my bed. It was nearly fatal. I was barely able to sleep okay, but on the second to the last day, my back dismissed our deal and it hasn’t been okay since. I’ve got some moves for it, which I’ve done quite dutifully, I’ve been in massage and in sauna, but it’s still stiff. The moves help a bit, so right now, that’s all I can do. 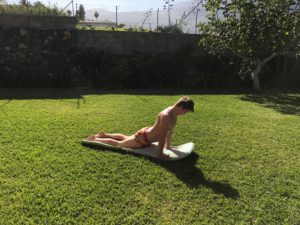 This move is called the Dog Cobra, I’ve done these hundreds or thousand a day, to get rid of the back pain. I’m at 855 today.

I’m actually going to do those right NOW! It was nice to write to you again. 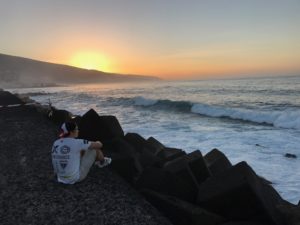